Democrats are fundamentally disadvantaged when it comes to winning U.S. House majorities. This is because their votes concentrate in population-dense areas. Independent redistricting cannot fix this. On all this, read Rodden (2019) and McGann, Smith, Latner, and Keena (2016).

Depending on the outcome of Georgia’s two Senate runoffs, Democrats may be in a unique position to fix their “geography problem.” Unified government would make it possible to adopt a modest form of proportional representation.

If Democrats do not do this, they are likely to lose the House again in 2022. That will mean a return to gridlock — and all that it entails for Democrats’ brand.

Here is one plan going forward:

1) Eliminate the Senate filibuster with respect to election legislation.

2) Adopt the Fair Representation Act, which calls for PR in districts of 3-5 seats.

3) Replace its ranked voting provision with open-list PR (OLPR). In a “one-vote” version of OLPR, the voter would pick their favorite candidate. That vote would count for a person and their party. Within a district, parties then receive seats in proportion to their vote shares. Within a party, votes for people determine which ones get the seats. One-vote OLPR is minimally disruptive for several reasons:

3a) From the voter’s perspective, there would be almost no change — pick your most preferred candidate. 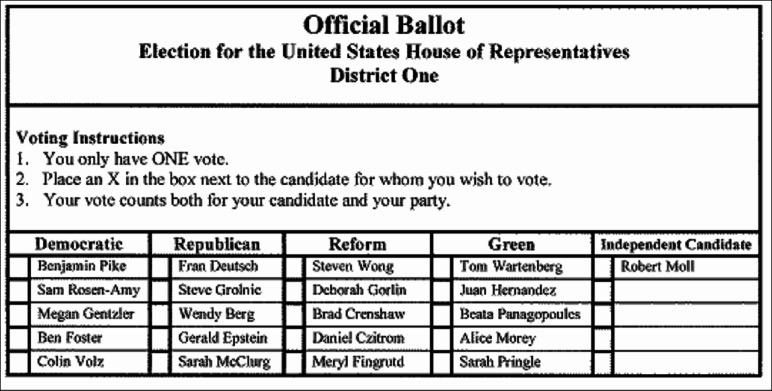 3b) From the incumbent’s perspective, there would be almost no change. Have each incumbent campaign as they do now. Carve multi-seat districts into geographic areas that correspond to the old districts. In comparative politics, these regions are known as “bailiwicks.”

3c) For the purpose of winning seats not currently held, run new candidates in those regions.

3e) From the election official’s perspective, there would be almost no change — a larger ballot, but without any need to implement ranked-choice voting. Just count up the votes, and report the totals.

3f) Have each state’s chief election official allocate seats, based on party-level vote totals, via D’Hondt or Hare or whatever. There are many options.

4) Get over the allergy to third-party politics. Take a serious look at what states and districts are likely to produce third-party winners. Others may disagree with me, but I suspect gains would be isolated and modest.

No, this doesn’t “work” for states with one or two seats. Any “spoiler” problems would need to be solved without ranked voting (which requires coordination anyway).

What about nominations? I suggest letting (state) parties decide how to structure these. One option is to use “nominating districts,” i.e., the current single-member congressional districts (which might collapse into general-election multi-seat districts). Then there might need to be some provision for candidates not strong in any one “nominating district” — maybe a multi-seat-district-wide primary at the same time. Another option is just to get rid of primaries, then have a party committee (local, state, and/or district) decide whether some candidate can appear on its list. There are many options. (Full credit goes to Matthew Shugart for the “nomination districts” idea. This is fleshed out at his blog. – JS, 2021-01-23)

Let me stress: if Democrats win these runoffs, they will have a rare and brief opportunity to “fix their geography problem.”

24 thoughts on “A modest and timely proposal”