They blocked RCV. It’s hard to say why.

At the same time that they use it in party primaries, Maine voters this June will vote a second time on retaining ranked-choice voting. This second referendum is the next stage of a people’s veto, a citizen-initiative process that can overturn acts of the legislature. The first stage was collecting more than 66,000 valid signatures, or 10 percent of votes cast in the last gubernatorial election.

What brought about the people’s veto was a classic, legislative roll. Last October 23, in a special session, eleven Maine Democrats joined their Republican colleagues to scuttle ranked-choice voting. This behavior was strange because the Democratic Party is poised to benefit, at least as public sentiment now stands.

END_OF_DOCUMENT_TOKEN_TO_BE_REPLACED 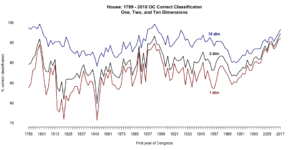 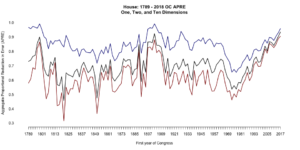 Realignment can go in either of two directions.

During and after last year’s election, four claims appeared quite a bit: