Kevin Kosar of the American Enterprise Institute generously invited me to do a Q&A on the ‘one-vote system’ — and candidate-based forms of list PR in general. The Q&A builds on my recent op-ed in The Philadelphia Inquirer. You can read the Q&A here.

There’s a tendency in reform circles to ask too much of voters. I’m thinking here of elaborate schemes like RCV, STAR (Score Then Automatic Runoff), and approval. Ballot reforms like these basically ask voters to pick a better coalition. One-vote flips that around — give voters representation, then have their representatives form the coalition. It’s a lot more realistic.

Here is what part of the US House would have looked like, 2019-20, if seats had been allocated under open-list PR based on votes in primaries. The results assume statewide allocation. I used a Hare quota and largest-remainder rule. I also removed runoffs from the data.

What is open-list PR? In this case, you vote for one candidate. This vote counts both for a person and a party.

This is not really the right way to do this. I used primary votes as a way to see how intra-party factionalism might find expression… and as a way to see what might happen if parties just ‘got rid of primaries,’ instead letting anyone who wants join the list (subject to whatever ballot access rules exist for primaries). Problems with my math are: (a) fewer people vote in primaries than generals; (b) not all districts saw primaries.

Anyway, maybe someone will find something interesting in the results. Let me know if you do!

Thanks to this crew for making the primary data available:

Hey #PoliSciTwitter, @Barnard student @nickicamberg and I have extended the @pettigrew_stats et al. data on House primary elections through 2018, using the same architecture/coding, but adding indicators for pre-runoff and runoff elections. Link:https://t.co/Be0KggXCRf 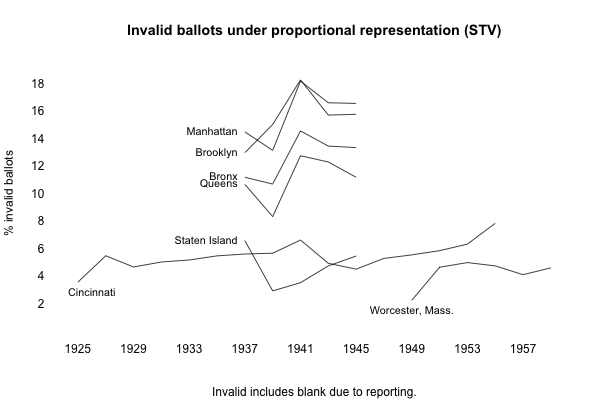